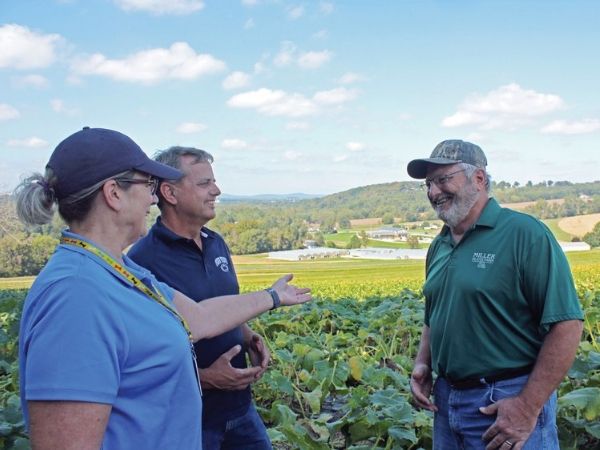 David Miller has a lot on his mind as he goes about his day on his family's 220-acre vegetable and plant farm in York, Pennsylvania. Changing weather conditions, managing employees, watching market trends, maintaining equipment, and monitoring crops for disease are just a handful of his concerns.

Lately, another matter has been frequenting his thoughts--an upcoming inspection for the federal Food Safety and Modernization Act (FSMA)--and it's a topic that doesn't put him, or most of his peers, in a celebratory mood.

After all, he points out, farmers across the country have undergone third-party audits and state food safety inspections for many years. "We work hard to make sure our operations are clean and that we are following safety regulations, so an added inspection is just one more thing that we have to contend with," says Miller.

That noted, he puts this on the table: he understands the reasons behind the act, and the need for everyone involved with food production--from growing to processing to packing to selling--to follow proper practices. "How can one argue against safe food? As a farmer, that's what I am supposed to do and want to do--grow safe and nutritious food for people," he says.

Miller is not unique in his trepidation about the first-ever inspections of farming operations under the Produce Safety Rule, according to Jeff Stoltzfus, produce safety educator with Penn State Extension, and Anita Maher, food inspection technician with the Pennsylvania Department of Agriculture (PDA). "Most of the farmers we deal with are apprehensive and have a lot of questions," Maher says. "We want them to know they don't have to be afraid of what is to come and that we are here to help every step of the way."

To aid produce growers in complying with the new requirements, Penn State Extension and PDA have teamed up on a new, voluntary program, called On-Farm Readiness Reviews, designed to put farmers' concerns to rest by help-ing them prepare.